The 2017 game bird shooting season started on May 2 and even those not normally interested in bird shooting, should note that the formal game bird season presents pest control opportunities that don’t exist at any other time of the year. 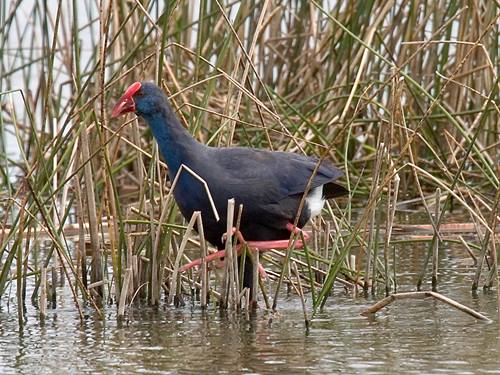 I can already hear the gasps of horror from all you bird lovers but believe me, for every bird lover there is a property owner having their paddocks, ponds, crops and gardens pillaged by excessively high numbers of game birds gone bad.

By far the most common culprits are paradise shellducks (Tadorna variegate) and pukeko (Porphyrio porphyrio). Both of these native species have benefited immensely from land clearance and their populations have increased as result of there being simply more ideal habitat for them now, than ever before.

Paradise shellducks spend much of the year in pairs but then gather in large groups for the annual moult during December-February. Extensive paddock damage and fouling of troughs is often the result.

Pukeko are extremely successful breeders and even small numbers can multiply to become problematic in a very short time frame. Paddock damage, predation of other birds’ chicks, fouling of troughs and damage to new plantings are common problems associated with an
increasing pukeko population.

Both of these species are classified as game birds, meaning that they can only be controlled during the game bird season or by obtaining a special permit from Fish & Game at all other times of the year.

The rules and regulations governing game bird shooting vary from region to region so it’s well worth having a good read of the 2017 Gamebird Hunting Guide available online at www.fishandgame.org.nz and also from most fishing/hunting
supply stores.

Game bird licenses for adults cost $20 for a single day or around $91 for the whole season. If you occupy the land you intend to shoot on then no license is required but be sure to read the hunting guide before you start as there appears to be a whole lot written on the subject of who qualifies as an “occupier”.

If engaging someone else to do the work, remember that ultimately the responsibility falls on you, the landowner, so you need to be certain of the quality of your shooter.

Make the most of this season, Pooks and Paris are not usually the greatest eating, but you need to get them on the table before you find that out. As always, feel free to drop me a line to talk it through.