While debates continue to rage regarding medicinal marijuana, the seeds of a new industry appear set to be sown. An agreement between New Zealand and Australian food safety authorities effectively gives hemp seed the green light seeing it legalised as food, Food Safety 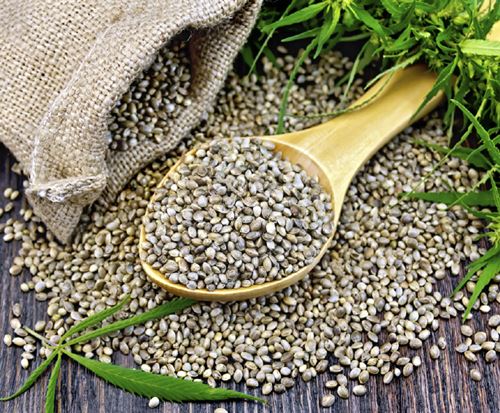 Minister David Bennett confirms. “This is an exciting new industry for New Zealand. Low THC-hemp seed is nutritious, safe to eat and will add to the economy. Hemp seeds have a growing global market currently worth around $1 billion.

It is estimated it will initially generate between $10 million and $20 million in export revenue and create about 20 jobs.” The agreement allows production of hemp seeds with safe levels of Tetrahydrocannabinol (or THC) – the principal psychoactive constituent of cannabis. As the seeds don’t require fertiliser or irrigation, Mr Bennett expects crops will yield farm gate revenue between $4000 and $5000 per hectare.

However, as the new standard requires changes to the Food, Misuse of Drugs, and Medicines Acts, it may be up to 18 months before Kiwis can legally sow seeds of the green, green grass at home.

Mack hits back Although David Bennett seems pleased with the removal of restrictions on growing hemp seed, others are less than impressed. Mack McIntosh, chair of NZ Hemp Industries Association Inc (NZHIA) says the agreement is a baby step rather than a giant leap forward.

“After 18 years of consultation, the food ministers are still treating [it] like a drug crop and only allowing hemp seed foods,” he says. The root of Mr McIntosh’s disappointment is that the changes only relate to seeds, rather than the plant as a whole, including leaves and flowering
tops.

“The high value nutrition potential is massive, phenols to fragrances are available from this one arable crop, [but] our farmers want access to the revenue streams from the whole plant, not just the seed,” he adds.

“This is a massive missed economic opportunity. In a short time we could have been leading the world! And, all sorts of industries would have developed not just in the seed and grain industry.”

Something fishy about this this Pukekawa success story!

Over the Gate with Merlyn Thompson