Happy New Year to all my lovely readers; I trust all is going well as we head into 2017.

We had a wonderful family Christmas, the last one in this house. Packing then started in earnest on Boxing Day and what a job it has been.

Initially, I thought we didn’t have much stuff. How wrong was I?

I thought the easiest way to do this was to start in one room and then move to the next. The dining room only had a side board and a small corner cabinet so should take no time at all. Well, that’s what I thought. I found things that I haven’t seen for years.

We also had enough wine glasses to supply several restaurants – ridiculous! As the packing regime, went ahead it was one for keeping, one for the bin. That worked well until Brian would come along and apply the sentiment issue.

I learnt quickly what to throw out – if it hadn’t been seen for 20 years it sure as hell didn’t need to be seen again. The dining room took two days to empty and pack and I realised we had a huge job on our plates. With the weather not that great we sorted and packed every morning then relaxed for the rest of the day.

On New Year’s Eve we decided that we would break with tradition and instead have lunch out and an easy day by ourselves. So, I booked lunch at, Eight, the Langham Hotel’s signature restaurant in the city. Conveniently positioned if you are coming in on the motorway, it is right there in Symonds St with parking available.

I had been to Eight before but Brian hadn’t so this was a treat for him. We really enjoyed the uniqueness of having eight different cooking stations preparing a wide variety of cuisine and, of course, service was excellent. Because diners can have small portions of fish, meat or whatever, it means one tends to just keep eating. I loved it.

Afterwards, we headed for a long drive around the waterfront and then home – first time ever that we haven’t seen in the New Year.

Early on in the packing I said to Brian we must get as much done as soon as possible as one of us could get sick. How do I know these things?

Well it happened last Sunday. I decided to start emptying the pantry, ridding it of half empty bottle and jars. I put them all in a crate and also asked Brian to bring the trailer to the front door so we could then dump the rubbish from the trailer into a bin we have down in the paddock.

As he was reversing the trailer attached to the quad bike, the throttle jammed and the trailer flew back into a tree then jack-knifed throwing Brian and the bike into the air.

Unbelievably, he didn’t break anything but has many stitches in his head and a serious injury.
When it happened I rushed him up to the medical centre in Pukekohe’s West St, and the team there were amazing.

We looked like Hillbillies right down to the old raggy towels I had wrapped around Brian’s head – all the good ones were packed, of course. The doctor and nurses were wonderful and I thought just how lucky we were to have such a fine facility on our doorstep.

Despite this setback the packing continues!

See you next month, hopefully moved, AND with a well husband. 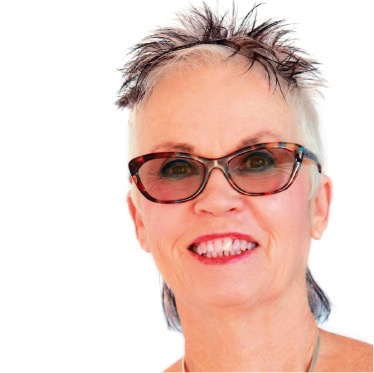