At 80 most people would be well into retirement but not GRAHAM DICKEY, owner
and managing director of Waiuku-based haulage company, Knight & Dickey, one of
the district’s longest serving, family-run companies. 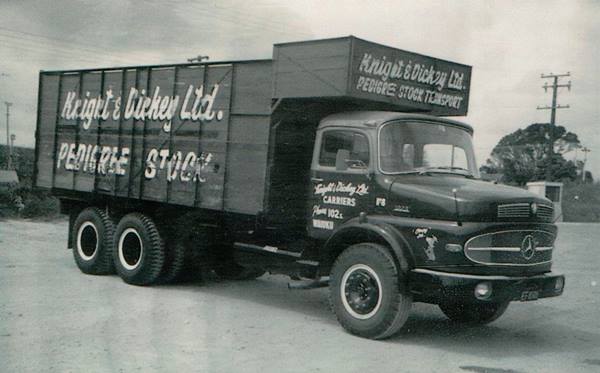 After nearly 60 years working and adapting to industry changes, he is still hands-on and the trucks still roll out of the Collingwood Road site daily. Here Graham reflects on the firm’s beginnings.

I was just a lad working at the local service station when I first saw potential in haulage. I served a lot of the local truckies and had decided to buy one of them out when Jack Knight,
who had his own truck, suggested I buy a 50 percent share.

That was in 1958 and the over looked good. Four years later Jack and I purchased and absorbed W.J. Short Cartage Contractors and also formed a limited company to become Knight & Dickey Ltd. Then in 1983 I bought Jack’s half share to become sole owner and
managing director, retaining the name of Knight and Dickey Ltd because, by then, it
was widely known and respected.

Some five plus decades on there have been some major changes in the type of freight we carry as well as in revision of transport and licensing regulations. However, our goals haven’t altered. My son, John and grandson, Karl are now involved in the company and we still operate proudly from Waiuku, serving both the local farming and commercial
communities by covering a variety of haulage and transport needs. 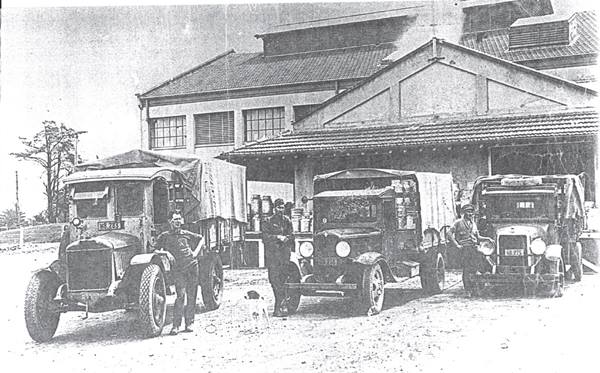 Knight & Dickey’s 10-acre Collingwood Road site – bought in 1981 – is just out of town and still contains the former Waiuku Dairy Factory (built in 1915). That building serves as our maintenance workshop. However, as the fleet grew – from one truck to our current 100 or so vehicles including 70 heavy trucks and truck and trailer combinations – we saw a need for more land.

Subsequently, we purchased a further site nearby called the Garland block. It’s there for the future if needed. These days we mostly haul livestock, bulk metals, fertilisers, general freight and some speciality products to and from Auckland, Pukekohe, Tuakau and around Waiuku daily. The company also has a number of bulk fertiliser spreaders which
run during the season in co-operation with specialised support bulk trucks. And, with Glenbrook Steel Mill just a few kilometres away, one of our buildings has a purpose built
reinforced floor to store steel coil for the mill.

But trucking freight is at our heart and today’s fleet consists mainly of Nissans and Isuzus although there is a good representation of other brands including Mercedes, International, Hino, Mitsubishi, Freightliner and some older Fords. Of course, there are always challenges – traffic congestion for one – but whatever the future brings I think we are up to it.

I’m proud of our loyal staff , most of whom have been here for a decade or more, many longer, and I’m also proud that we still believe in supporting the local community including schools, businesses and community groups. The company continues to provide financial or transport support to many organisations including the local Lions Club, rugby and netball clubs and the Waiuku Business Association but our next big project, a museum, is still to come.

With the combined efforts of his loyal despatchers and staff, Graham Dickey has poured heart and hard work into his transport business. But it could be said his soul has been given over to a very large collection of vintage tractors and other machines including motorcycles and a number of motor mowers, not to mention trucks and cars, all of which have been restored or are awaiting restoration.

After purchasing the former New World supermarket building in Waiuku, Graham and his family have been working on plans for a museum to house his massive collection, which includes some rare tractors and machinery.

“We’ve opened a cafe in the building, which is also located near the railway line to the historic Glenbrook Railway Station. In time we’d like to think visitors will train in here from Glenbrook, tour the collection and enjoy the outing,” Graham says.

“I’m really keen to see the museum up and running, but we have a little way to go on site renovation – and a few specialty items for the ladies too – before we can move items in. I’m hoping the building will be operational next year then it will be all go.”