The quickest birds should win any race but, although Dee Bond’s crate (a Cessna Skylane 182R) wasn’t necessarily the fastest through the air recently, skill and strategy saw her come home on more than just a wing and a prayer. JON RAWLINSON spoke with this inspiring pilot about her love of aviation.

Those magnificent men in their flying machines may have enchanted all the ladies in the past but, these days, it’s Pukekohe’s Dee Bond who has been stealing the scenes by landing first place honours at the recent Air Race Classic in the USA.

“We were absolutely stoked! I’ve been in the top 10 before and competed seven times in total but it’s the first time I’ve won this event,” she confirms. “Every flight is an adventure, and no two flights are the same. I feel blessed to be able to fly, and thankful for the opportunities it has given me to see the world and to represent my country.”

While many would think, in an all-out race, the fastest planes would finish first, Dee explains that making the most of winds (both fair and foul) is just as important in the air as it is on the water.

“Because it was an East-West race, the fastest aircraft were flying into headwinds for less time in total. Our plane was relatively slow [but] because competitors decided when to leave [each waypoint] and the altitude, it came down to strategy and ours really paid off.”

Along with her American co-pilot (McKenzie Krutsinger), Dee raced against the clock, covering the four day, nine leg, 2400 mile (approximately) course. Beginning on the USA’s East Coast, the Air Race Classic concluded deep in the heart of Texas.

The first event (held in 1929, then known as the Women’s Air Derby) featured legendary aviatrix, Amelia Earhart and 19 other women who raced from California to Ohio. Since then, numerous daring female flyers have followed in their wake, including Dee.

“Those girls set the standard for us, breaking new ground,” she says. “At that time, the aircraft were experimental and unreliable.

“One of the biggest changes is that we now receive weather and traffic information into the cockpit; that’s made a huge difference as far as safety goes.”

Even though technology may have come a long way, flying still holds inherent dangers… surely. Dee shrugs off this suggestion; ironically, she’s rather down to earth.

“It’s about risk management; it’s no different to taking a small boat out on the water… no different. Even if you have an engine failure, your plane just becomes a glider and it can still get you down safely. And, we train for that.”

Not one to rest on her laurels, soon after victory in the USA, Dee was back at the stick (this time a Cessna 150) for the World Precision Flying Championships in Austria. During this biennial event (Dee’s fifth), the skills of 63 pilots from 15 countries (including seven women) were put to the test over four days of competition.

“Air racing is about covering the course as fast as you can, but precision flying is a completely different sport… completely different,” It’s like orienteering in the air,” she explains. “We plan a route and have to be within (plus or minus) two seconds of that flight plan anywhere along the course – you try driving somewhere give or take two seconds; it’s not easy!”

What’s more, competitors are without the assistance of such modern tools as GPS.

“With the Air Race, we use whatever tools we can. But, for precision flying, it’s all down to a map and a clock. We use older instruments – nothing electronic; it’s old fashioned navigation, so intense concentration is required.”

Although Dee wasn’t too pleased with her performance – finishing 53rd (from 63) overall, and fifth in a field of only seven female flyers – she is looking forward to the next event in Spain in two years’ time, should she qualify.

Until then, there are plenty of other aerial contests – including the North Island three-day Great Northern Air Race this summer, during which Dee will likely prove that you simply can’t keep this good woman down.

How Kiwi Dee sees the world

Although Dee Bond may have been paying various destinations ‘flying visits’ since she attained her pilot’s licence in the 1980s, it’s her sport which has truly allowed this Kiwi to see the world.

“One of the reasons I enjoy [competitive flying] is that it’s given me the opportunity to fly in all sorts places around the world. I’ve flown in the USA, Scandinavia, Turkey and I’m looking forward to flying in Spain too,” she says.

Along with her partner (or should that be her ‘Old Man’?), Neil Young, Dee has also flown through Africa and plans to take her ‘backseat flyer’ along on another adventure next year.
“I’ve been invited to an event in the Bahamas – if it goes ahead after this hurricane. If for no other reason, it will give us a great opportunity to go check out the Caribbean.”

Well-known locally as proprietors of the Tuakau Hotel, the couple has been busy getting the Mercer Airport off the ground since 2010. Neil is in the process of renewing his pilot’s licence – which lapsed years ago – but has no plans to fly competitively. 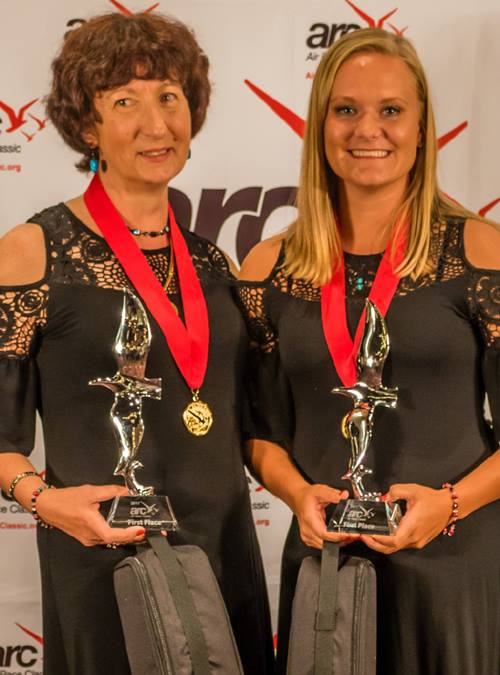 One would expect the daughter of a Second World War pilot (who, Dee says, fortunately never saw combat) would take to the skies like a duck to water. And yet, her passion for aviation almost failed to launch.

“One of my first (almost) flying experiences was when my father [Eric Bond] took me to Drury to go gliding. But, when the pilot turned up with a parachute for him but none for me, I chickened out!”

Years after the false start, Dee returned to Auckland from her home in Wellington and took a portentous ride to Great Barrier Island in a flying boat.

“I thought ‘oh my gosh, this is fantastic!’,” she recalls. “Soon afterwards, we drove out to Ardmore and saw a Lake Buccaneer for sale. Neither my partner at the time nor I could fly but we bought it; so I actually owned an aeroplane before I could fly!”

While pursuing a career in accountancy, Dee initially flew as a hobby, often on trips across the Tasman Strait to the family’s bach in the Marlborough Sounds. However, after attaining her instructor and commercial credentials, her flying fancy became a profession as a pilot for short-haul operator, Air2There.

Later, a journey south saw Dee moving north when she fell for the charms of a certain ‘Young’ man from Franklin.

“I have a Catalina – a World War Two flying boat – and Neil joined us for Warbirds over Wanaka in 2008,” she says. “We hit it off and moved up here.”

Today, Dee and Neil are kept busy running the Tuakau Hotel and Mercer Airport but it seems they’ll always find time to spread their wings.

Changing the face of local governance

Magic Mick – tricks are his trade