Looking to put a little zing into those summer/autumn lunches? Then try a little zhoug!

Thanks to Chef Graham Brown and the good folk at Duncan NZ Venison for sharing this
cracking recipe. 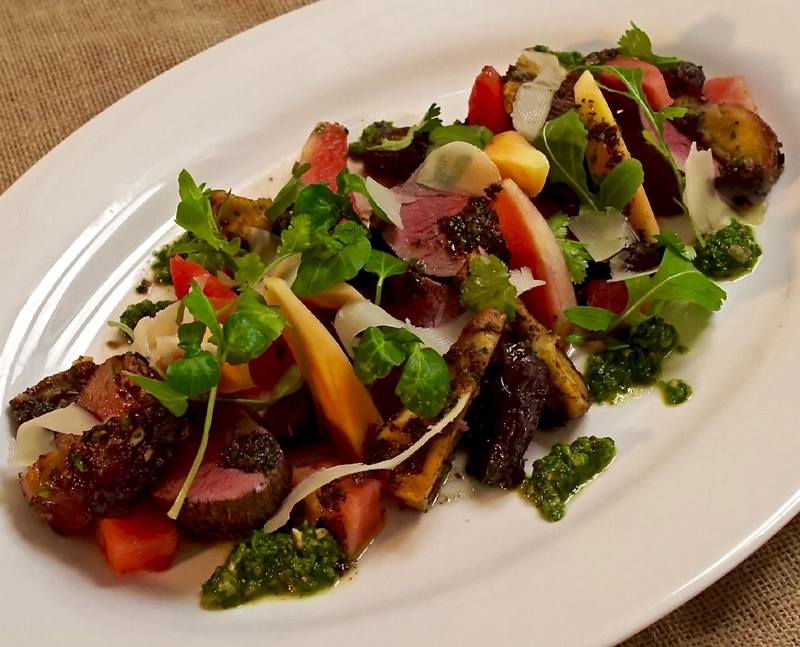 Method:
Pat the Bistro Fillet dry, rub in the olive oil, then the orange juice, zest, sea salt & ground pepper. Scatter with the sumac and oregano.

Seal the venison in a hot pan until golden all over, then place into an oven at 180 degrees C for six minutes, or until internal temperature reaches 48 degrees.

Remove the Bistro Fillet from the oven, allow to rest, and strain the juices into a separate bowl. Whisk a little olive oil in with the juices and a little zhoug, to create a dressing.

Slice the venison into even medallions and lay onto a plate. Arrange the melon, dates, kumara and herbs on top. Drizzle over the dressing, and add a splash of the zhoug dressing.

Method:
Toast the seeds, then blitz to a powder. Place the coriander, chillies, watercress, garlic, salt and water in a blender, add the spices, and blend to get a nice consistency. Add a little
water if necessary.